IgnitionDeck Crowdfunding supports Child/Parent relationships between crowdfunding projects.  In this scenario, a child-project's funds raised count toward its parent-project's fundraising goal, as well as its own.

IDCF Projects can have up to three levels of hierarchy (Child, Parent, and Grandparent Projects). All Projects in a hierarchy inherit the total  amount raised below them in the chain and count it toward their "amount raised." 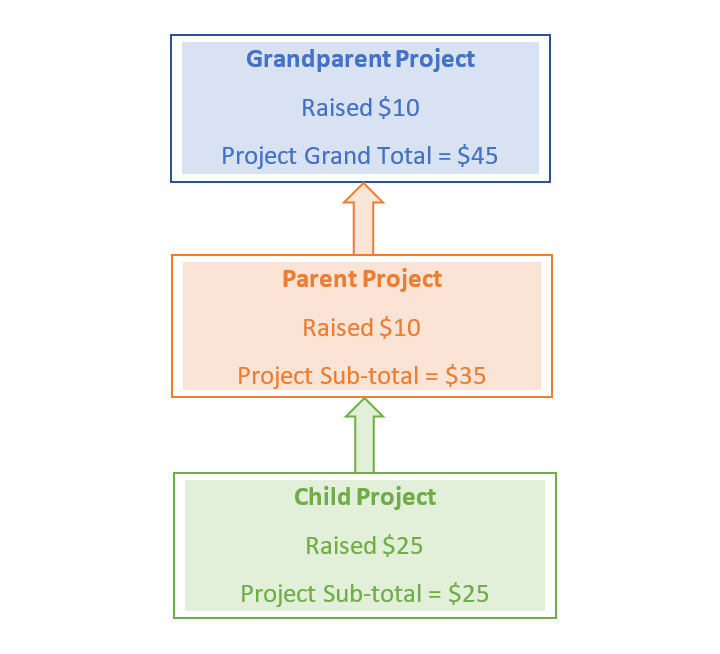 To create a hierarchy between projects: